I put together an animation over the last few weeks of a cat trying to catch gliders on a 70’s styled computer. Check it out on YouTube: 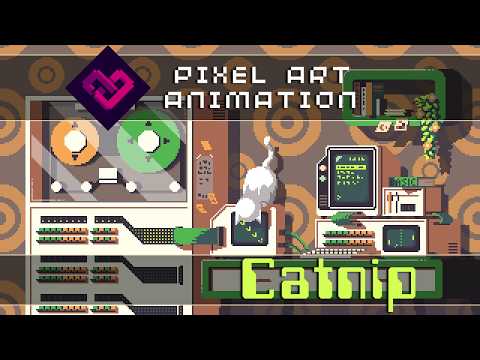 I actually only set out to draw the computer, and I’m not sure at what point the cat entered the picture, but I’m glad it did! My goal wasn’t to depict any specific vintage computer, but to create a somewhat implausible one from imagination. I did look at a bunch of references for ideas on what to include, mostly from oldcomputers.net