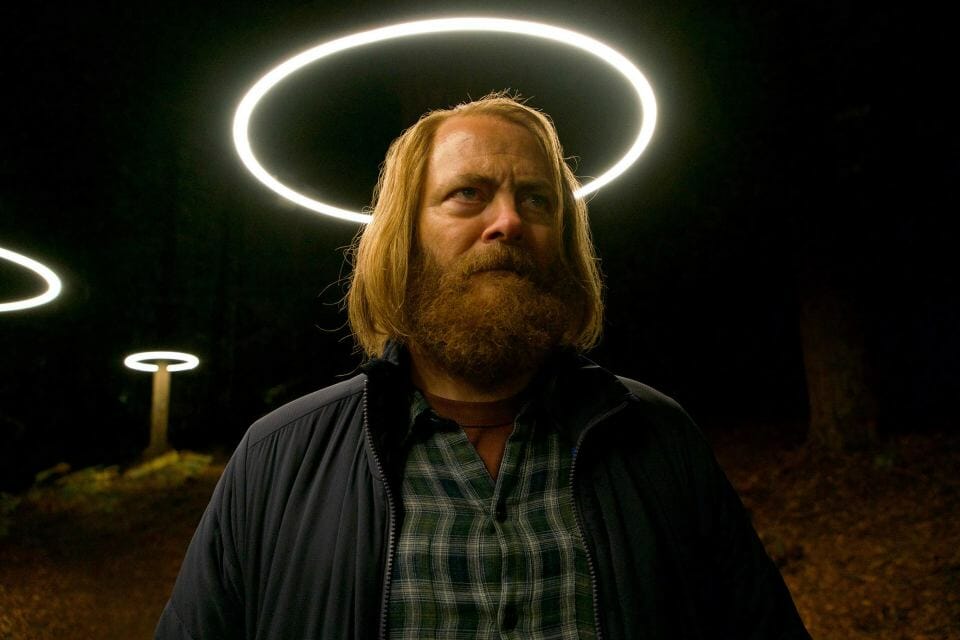 This post contains spoilers for the TV show “Devs”

I liked Devs a lot. It looks at the quasi-religious reverence in which tech entrepreneurs are held in some quarters (most notably amongst themselves, perhaps) and asks, what if this but literally? What if these people were literally gods, or creating a god?

The plot centres on a software engineer named Lily, whose boyfriend is murdered by their boss, Forest, after he attempts to steal some code from the company they work for. The code in question is for the Devs system - a quantum simulator that extrapolates the past and future events of the entire universe from any sample of matter. Lily becomes suspicious of the circumstances of her boyfriend’s death, which is made to look like a suicide, and starts to dig around.

Unfortunately much of the plot, and particularly the climax, rest on a concept that I found it hard to suspend my disbelief about (and I don’t mean the premise of the Devs system).

Several of the main characters are aware of future events, up to a certain point, thanks to their quantum computer’s simulations. They do not attempt to alter their behaviour in even the smallest way, even just to see if it is possible, instead slavishly repeating every word and action they’ve observed.

If it were just Forest, and the lead systems designer, Katie, who acted like this, it might be understood as a consequence of blind faith, or a wilful misunderstanding of causality because reality doesn’t suit their purposes. Forest is single-minded in his pursuit of this technology because he believes it can resurrect his dead daughter - Devs is his church, determinism is the creed, and anything that calls it into question is heresy.

But this notion is dispelled in a scene where a roomful of people are shown a simulation of a few seconds into the future, and mirror it exactly - apparently it is actually a feature of this universe that it is actively difficult to behave contrary to the prediction. I think the reality would be the opposite - it would actually be difficult not to act differently once you were aware of future events. I think you would do so instinctively, and accidentally. It wouldn’t be a violation of causality, because the simulation would also be a cause, with its own effects.

So this concept strains credibility, and works only on a allegorical level - the low-level developers are dazzled by a brief tech demo and its promises while the higher ups are simultaneously in thrall to their own hype and aware of the lies it is based on and the limits of their knowledge.

It also makes the climax of the show absurdly predictable. As soon as we hear that the simulation breaks down at a certain point, and it has something to do with Lily, we know that Lily is going to do something that contradicts the predictions of the simulation. None of the supposedly smart characters in the show demonstrate any awareness of this obvious fact, and it’s frustrating. It is only redeemed because seeing the climax coming reflects the characters’ foreknowledge of the future, in a way. 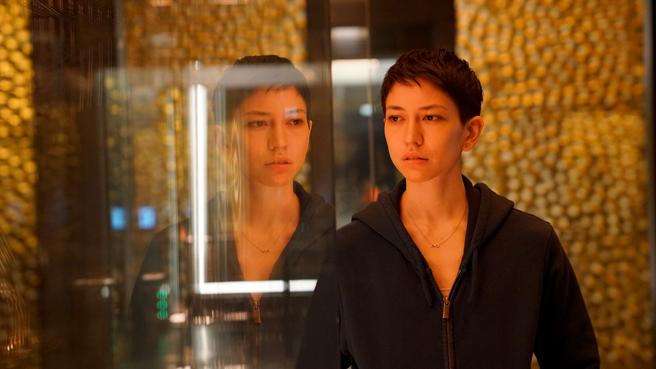 Overall, it’s interesting enough and well enough written that these problems are easy to look past. Some of the imagery is fantastic, such as the would-be god-developers working in a giant fractal computer floating in a vacuum, completely isolated from the world they’re trying to understand. It’s also a tonal masterpiece, full of haunting establishing shots, temple-like sets, and an unsettling soundtrack. Worth watching for that reason alone, to be honest.