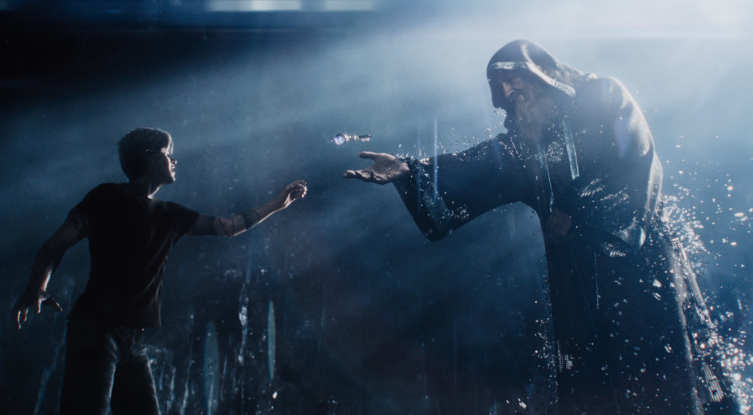 This post contains spoilers for the movie “Ready Player One”

I finally gave in and watched Ready Player One, prompted by seeing the Internet dump on the sequel to the novel. I avoided it before now because the commentary on the novel made it sound like pandering nonsense, and I assumed the movie would be much the same. But, I wanted to see for myself.

Perhaps as a result of those lowered expectations, I actually found it quite entertaining on a surface level. The pop culture references were certainly omnipresent, but maybe not as tiresome as having them explained in writing would be. In movie form, a lot of them that are not plot-relevant just form a visual backdrop that actually help define a plausible metaverse, albeit one with a culture that is inexplicable stuck 30 years in the past.

But on the other hand, the centrality of pop culture to the plot, and why it is central, is also what leaves a bad taste in my mouth. In the universe of Ready Player One, the online world is dominated by a metaverse-like virtual reality game called the OASIS, a game owned and controlled by a single corporation, and ultimately a single man, its creator, James Halliday. When he dies, he decrees that his successor will be decided by a tripartite fetch quest within the virtual world. In a monumental act of narcissism, the quest’s challenges are not based on the skills required to run a massive company or a piece of essential infrastructure, or tests of morality or wisdom, but on intimate knowledge of his own life and his pop cultural obsessions. This might be an interesting setup if Halliday were the antagonist, but he’s not, he’s practically worshipped by the users of the OASIS.

This movie has the trappings of cyberpunk, but little of the critique. Victory in this story is not the smashing of a corporate monopoly or frustrating of its goals, but the passing of the reins of power from a virtuous benevolent founder to a handful of virtuous disciples, through an absurd faux-meritocratic process where merit means liking the right books and games and movies.

The antagonist, Sorrento, is the CEO of a company that runs debtor’s prisons, yet somehow the movie gives the impression that his greater sin is being a poseur who’s only pretending to “get” the stuff that Halliday liked. The denouement even reveals that Halliday could have used his monopoly power to end the practice of indentured servitude at any time, but apparently chose not to, or just didn’t think to, and this is not framed as a critique of monopoly capitalism, but is just a throwaway line to demonstrate how benevolent the protagonist is in his new role.

The third act involves an epic battle in the OASIS, with the user-base coming together to fight Sorrento’s forces and prevent them from completing the quest. It’s presented as an empowering grass-roots uprising to save the OASIS from an evil corporation, and fine, they are pretty evil… But the status quo is also intolerable. They’re not fighting for their own empowerment, but merely to keep the unaccountable corporate power that dominates their lives out of even more abusive hands. It’s a pretty uninspiring cause.

The movie’s true feelings on the nature of power, and the relationship of ordinary people to it, is revealed most starkly at its climax. The conflict in the OASIS has spilled over into the real world, with our intrepid heroes being chased through the streets in a van, exposed at every turn by CCTV tracking technology and drones. While Sorrento sets out to confront them personally, they put out a call for aid, for their supporters to gather in the slums and defend them. When Sorrento reaches them, a huge crowd of people stream out of the stacks to oppose him.

For a moment, it seems as though the plot really is going to be resolved by collective direct action. People power, woo! Instead, Sorrento pulls out a gun, and the crowd parts. They could easily disarm him, there are hundreds of them all around him. Instead they gawp uselessly at him, right up to the point where he is threatening to shoot some children in the face. It is only the police arriving that prevents him from committing murder right in front of them.

With Sorrento out of the way thanks to the police, a bunch of lawyers arrive to certify the protagonist’s completion of the quest and acquisition of complete control over the OASIS. The crowd are reduced to placid spectators in a boardroom drama that doesn’t involve them or empower them. This is, I feel, the perfect encapsulation of the movie’s worldview. The crowd are the audience - expected to worship and trust benevolent CEOs, to react strongly in defence of a commodified culture where they are otherwise passive consumers, but to look on silently and not interfere as control over that culture changes hands, maintaining the status quo.